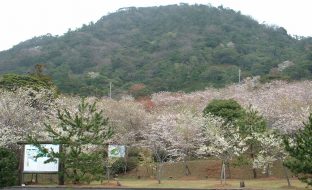 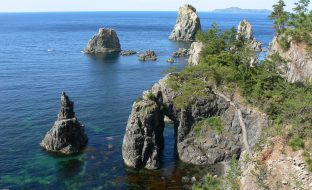 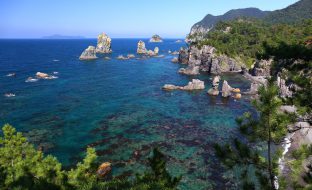 Omijima Island is a part of the Kita-Nagato Kaigan Quasi-National Park, an area protected for its scenic natural beauty.