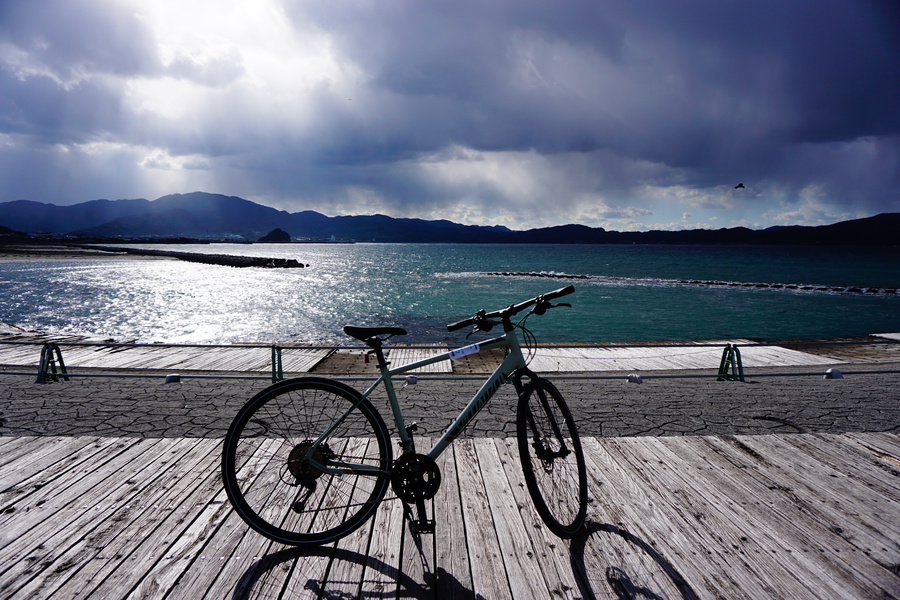 Senzaki in Nagato City is the birthplace of the poet, Misuzu Kaneko. This town has been arranged so that you can enjoy seeing the artistic objects presenting the world of Misuzu Kaneko's poems. Senzaki is famous for kamaboko (semi-cylindrical shaped fish cakes). And artistic mosaic images made of wooden boards for kamaboko are exhibited all over the town. Many parts of this town have been described in her poems, and to our great interest, residents here select their favorite poem from her collection, write it on a kamaboko board and set it up in front of their porch. This town will invite you to enjoy the world of Misuzu Kaneko, overflowing with such sweetness. You can also enjoy some delicacies from the ocean and relaxing coffee time. We would like to introduce you to our enchanting cycling course for novices, which will indulge you with a delightful experience.

First, you need to rent a bicycle.

You can’t go cycling without a bike. So, first, rent a bicycle in the city.

●Notes
・No rental is available for a group consisting of only elementary and junior high school students. An adult needs to accompany them.
・Please present one of the following IDs when asked. A passport, a driver’s license, a health insurance card, a student ID, etc. with your name and address.

It will take approximately 30 minutes to complete the route. 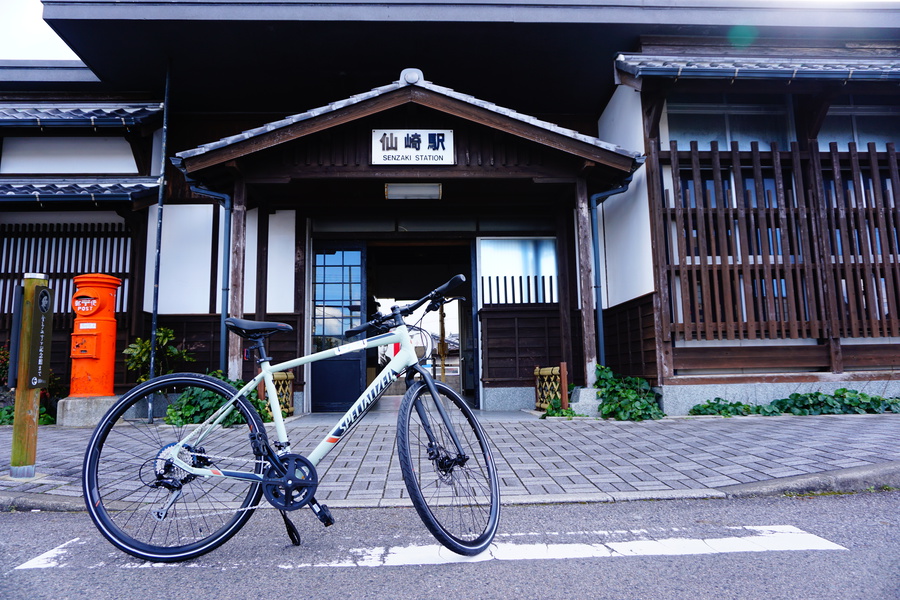 Rent a bicycle at the Tourist Information Center and ride for 500 meters. Then, you are at the first sightseeing spot.
A nostalgic old wooden station will come into sight.
Step in there and you will find yourself in the art world of Misuzu Kaneko…. 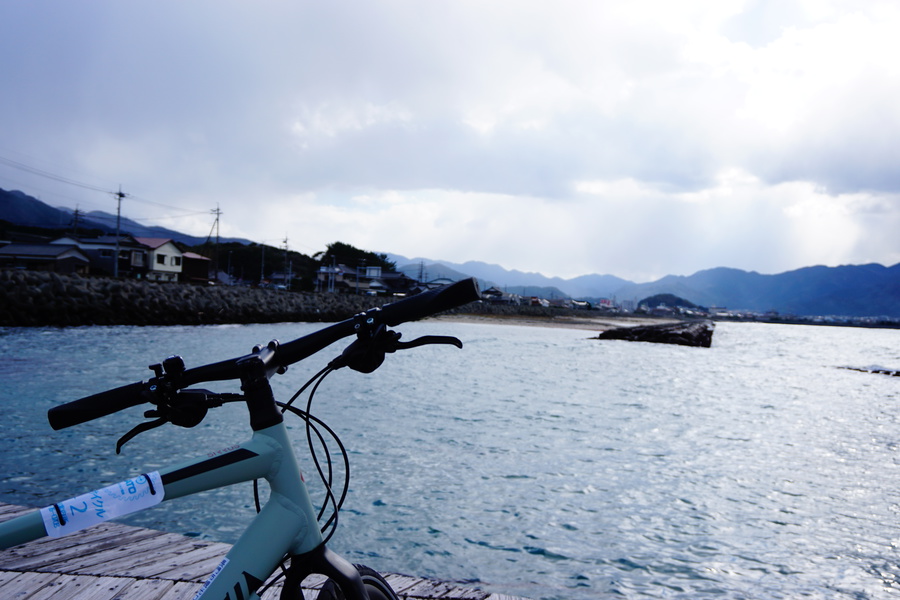 After 4 minutes ride from Senzaki Station., you will see the coastline!
It may be a little too early, but you should take a rest here. You can feel the time slowly and peacefully passing here. You can enjoy taking some pictures….
You can also enjoy watching the cobalt blue Japan Sea to your heart’s content!
You can sometimes see a sightseeing boat pass in front of you. 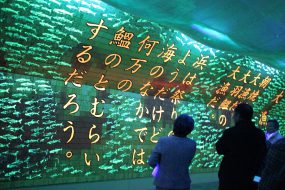 One of Misuzu Kaneko’s mosaic images made of boards for “Senzaki Kamaboko,” a specialty of this town.
Turn off the light and her poems will begin to surface with the black light! 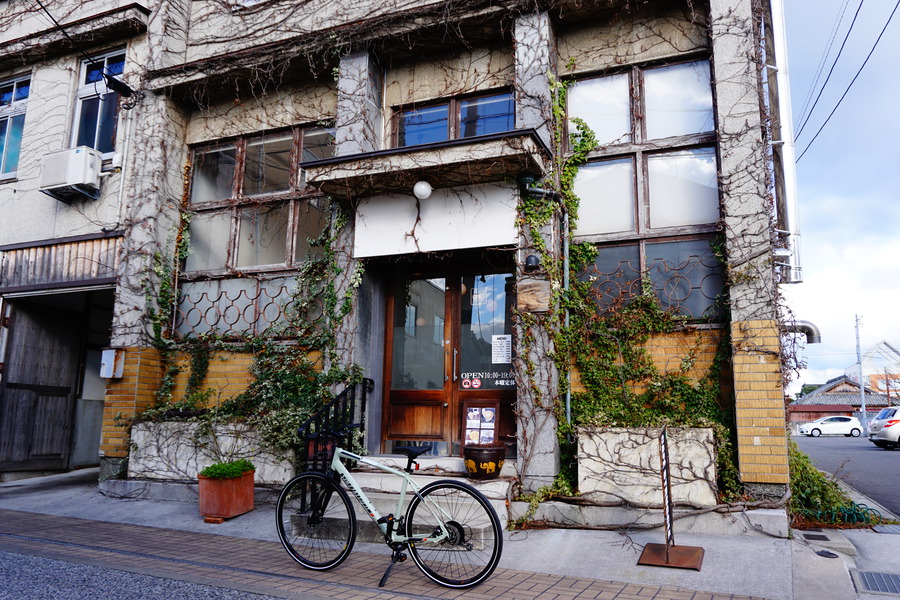 The former Japan Agricultural Cooperatives (JA) office was renovated into this nice cafe, Struggle, which overflows with nostalgia.
The coffee and crème brulee served here are superb.
Misuzu Blend Coffee Beans are a very popular souvenir. 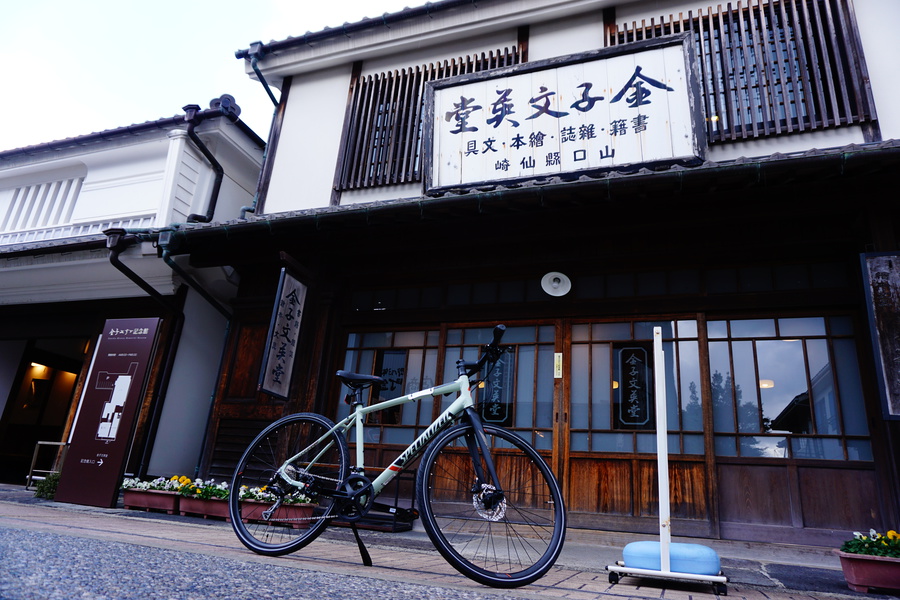 “Kaneko Misuzu Memorial Museum” stands on the site of the poet’s birthplace where her parents’ home used to be.
You can sense the life of old Japan in the Showa Era and feel the atmosphere of a bookstore in those days.
You can also enjoy the world of poems integrated with illumination and sound! A well-known dried fish store!
You can meet a famous old lady who dries anything to make into dried product.
“Fugu chazuke (tea on rice with blowfish)” and “Fugu no mirinboshi (dried blowfish with sweet cooking rice wine)” are highly recommended for souvenirs.
Here again, a Misuzu Kaneko’s mosaic image can be found right next to the store sign. 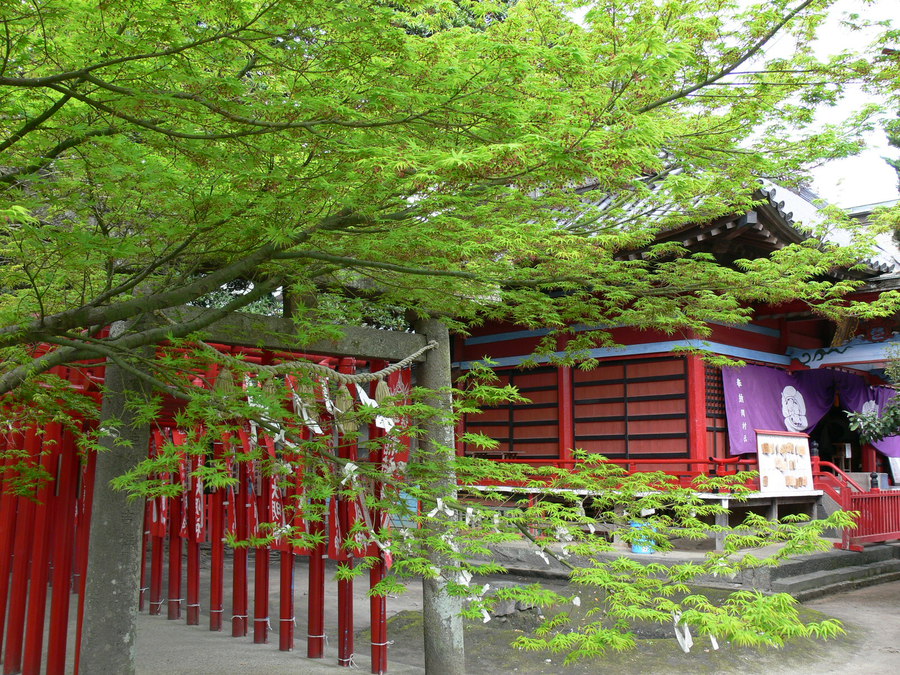 This shrine was depicted in the poem by Misuzu Kaneko.
The poem, “Gionsha” was inspired here.
“Senzaki Gion Festival” has been continued since the time when Misuzu was alive.
We can see little maikos dance and portable shrines parade through the town. 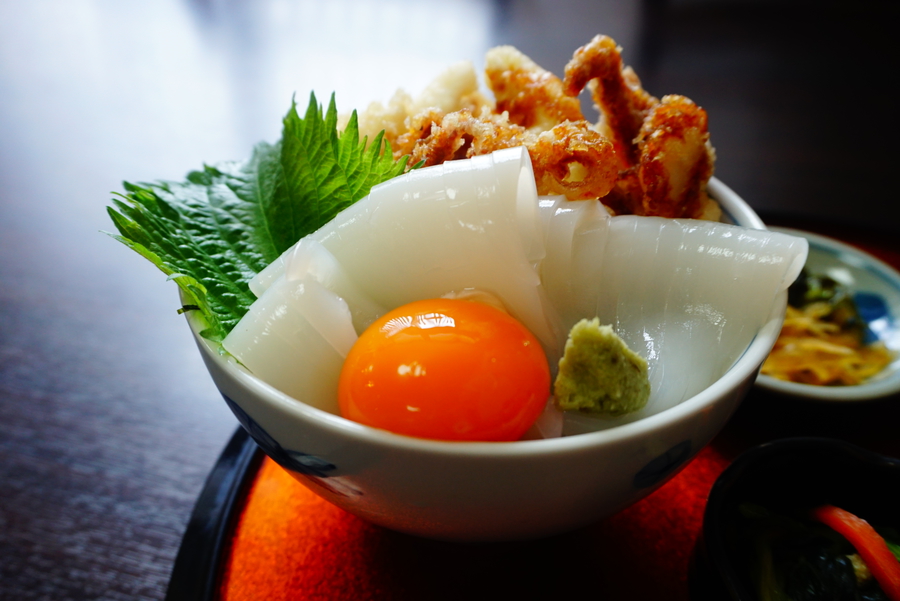 Swordtip squid is unloaded at the nearby port.
You can enjoy tasting iki-ika, fresh squid sashimi.
The most popular delicacy here is Senzaki Whole Squid Donburi, which allows you to taste the squid both raw and in tempura at the same time.

You can get souvenirs while enjoying a cycling tour. 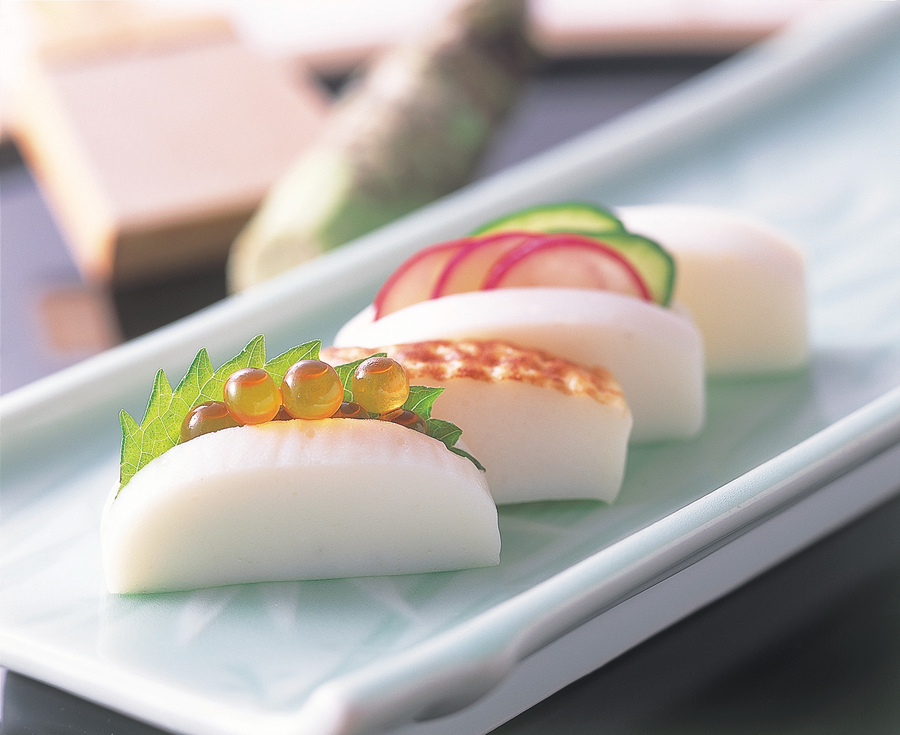 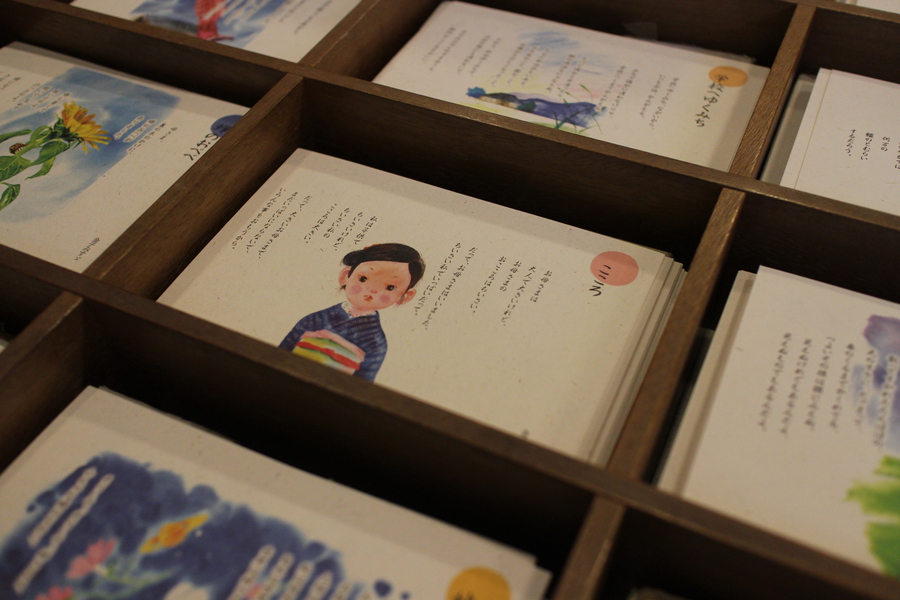 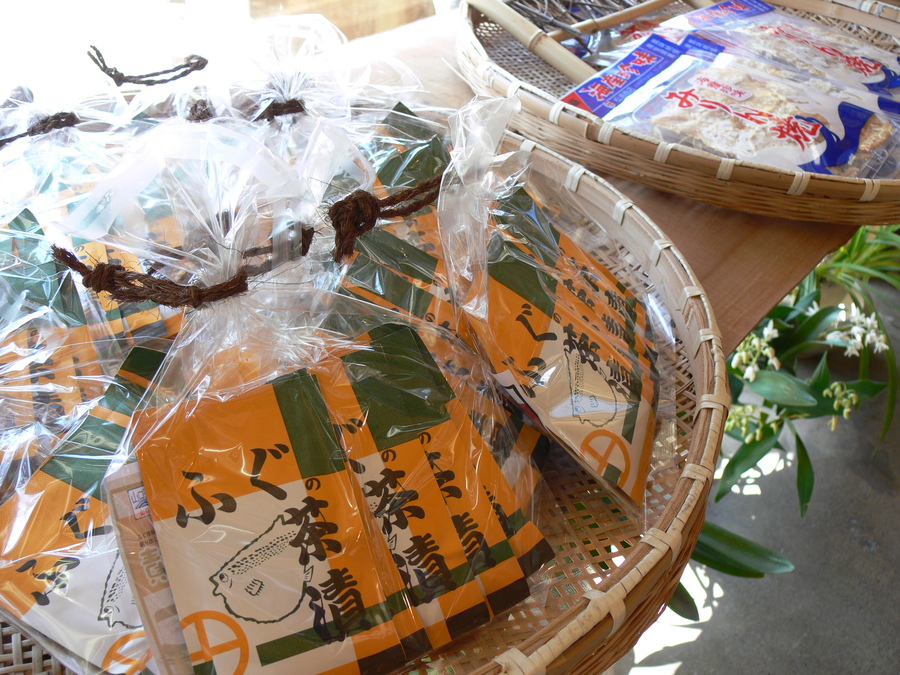 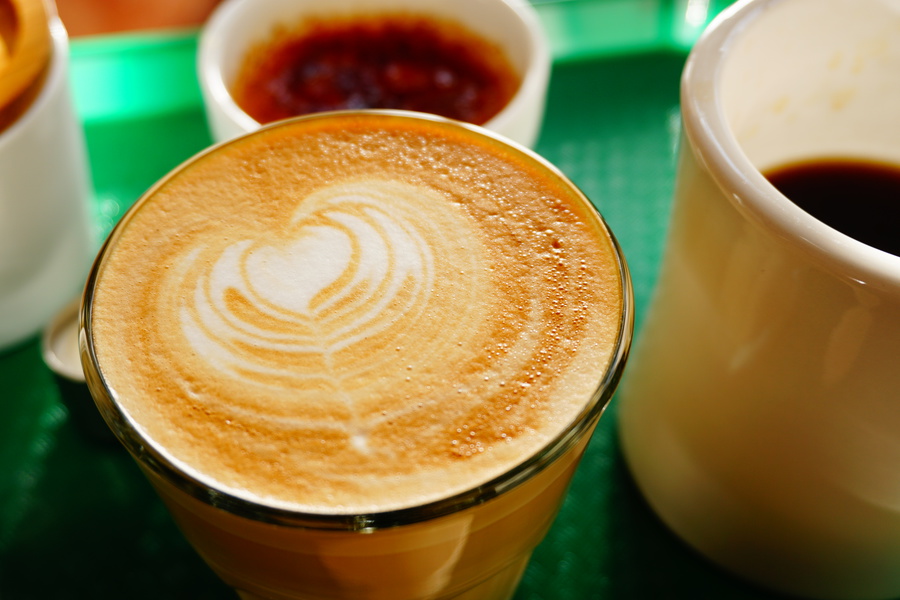