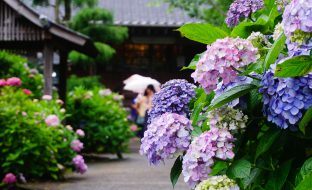 During the right season, nearly 3,000 blooming hydrangea will greet you at this zen temple. 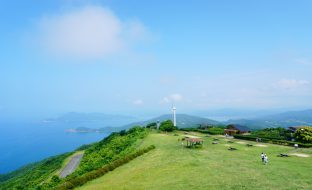 This tiny island is situated at the tip of the Mukatsu Peninsula, a nationally-designated scenic area and natural memorial.